Over 200 people, including local business owners and their staff, recently turned out for a gala event held by the Chapel Hill-Carrboro Chamber of Commerce. Honoring over a dozen local businesses and business leaders, the Thursday May 28 event was billed as ‘The Oscars meets business excellence.’

The 2015 BEA Awards (Business Excellence Awards) were the first event of its kind held by the Chamber of Commerce. Chapel Hill’s Domicile Realty (919-883-5500) was presented with the People’s Choice Award for Best Real Estate Agency.

Domicile’s team of of nine real estate agents is led by Chris Ehrenfeld and is located at 50201 Governors Drive in Chapel Hill. Domicile Realty serves residents of Chapel Hill, Orange and Chatham counties, and the surrounding areas.

Winners of the People’s Choice Awards were selected by readers of the Chapel Hill News. Awards were given out in other categories as well including Best Restaurant, Best Hotel, Best Medical Practice, Best Retail, and others.

This red carpet event was presented by the newly christened University Place and was held at Playmakers Repertory Company where a cocktail reception with entertainment was followed by the presentation of the awards. The night was capped off by an after party at The Strowd. 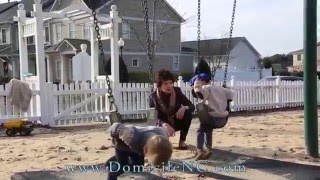 Bold Construction nominated for Mid-Sized Business of the Year award